How can we know whether something is right or wrong? Where do morals come from?

Some might answer that we as individuals should determine our own morality. But think about it: if there is no objective standard for good, then everyone will consider themselves to be good, including the child molester and the rapist. The Bible says most people think they are “good” people. If morality can mean anything for anyone, then it means nothing for everyone.

Others would claim that society determines morality. This view makes it impossible to criticize another society’s practices, no matter how morally offensive they may seem to us. Within this view, a society such as Nazi Germany could only be quietly observed, not judged or opposed. In fact, if Nazi morals were right within Nazi society, there would have been a moral obligation to participate in the murder of innocent people. And obviously, that isn’t right.

Keep in mind that this view makes it impossible to reform the morals of a society. When morality is defined by the present society’s standard, then challenging the standard would be an act of immorality. Within this worldview, social reformers such as Martin Luther King Jr. who stood against society, claiming a great biblical truth that all men are created equal, or William Wilberforce, who sought the abolition of slavery, should be considered moral outcasts because they opposed the status quo. We count these people as moral heroes precisely because they had the courage to fight for reform. They stood against their society because their society, according to God’s Word, was wrong.

C.S. Lewis wisely said, “A man does not call a line crooked unless he has some idea of a straight line.”

Without God, morals are meaningless. When man makes the rules, either individually or by majority rule, there will always be mistakes, because mankind is not perfect. God alone is perfect, holy, and good. He exists outside of the realm of mankind as the source of objective moral standards.

So the next time you hear someone claim they are a good person without God, remember…that’s just no good. 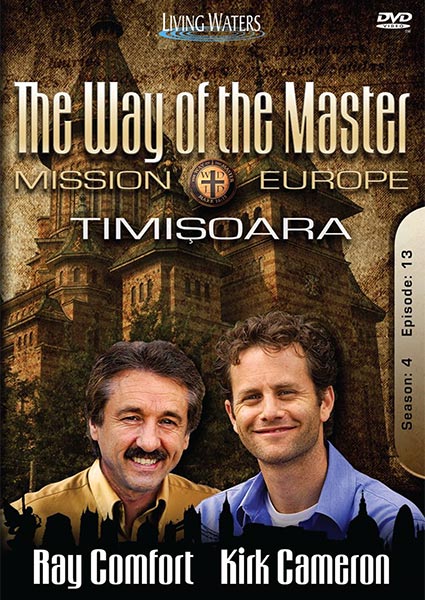 Does Evangelism Intimidate You?

We pray this video encourages you to keep pressing forward, because God has amazing conversations prepared for you, like this one.

Atheists are doing their best to remove God from our nation’s future, and have even rewritten history to try to erase Him from our past. They maintain that to date the United States has actually had four presidents who were atheists...
© 2021 Living Waters Publications. | Permissions | Privacy | Terms of Use
Back To Top
×Close search
Search