It has been known for years that Hollywood has sexual predators, but in 2017 the dam burst. What was once hidden in the darkness of the entertainment and media industry was suddenly dragged into the light.

Sexual abuse, like STDs, is one of the negative consequences in a society that has thrown off moral restraint. If anything goes, then there are no real boundaries, and so we have to live with the consequences.

Take, for example, a certain popular television network that hires foxy ladies to host its programs. They are almost always attractive blondes who wear revealing fitted dresses and have long, shapely legs that are often filmed from a low angle.

This is an accepted form of sexual exploitation, but few complain because the women are highly paid, and the male viewership is through the roof.

“There are other sexual predators that man’s law ignores. There are millions who regularly peer through a window of a television or movie screen at people who are highly paid to have sex.”
Share on twitter Share on facebook

But there’s that negative consequence. The network’s own sexual predators couldn’t keep their hands off the merchandise, resulting in dismissals and millions of dollars being paid out in hush money.

The legal definition of a sexual predator varies from state to state, but law enforcement usually uses the term when referring to someone who searches for victims. This is regardless of whether the predator actually commits a crime.

For example, the law would consider someone a sexual predator who is caught peering through a gap in the curtains of a bedroom window, hoping to see people undressing or engaging in sexual activity.

But there are other sexual predators that man’s law ignores. There are millions who regularly peer through a window of a television or movie screen at people who are highly paid to have sex. These are couples who prostitute themselves for entertainment.

So if we are wanting to weed out Hollywood executives and call them sexual predators, we should be consistent and point our holier-than-thou finger in other places as well. Places such as the millions of sexual perverts who pay billions to watch pornography. Does that finger point into the mirror?

Listen to what the Bible says about those who restrict their judgments to others:

Therefore you are inexcusable, O man, whoever you are who judge, for in whatever you judge another you condemn yourself; for you who judge practice the same things. (Romans 2:1)

Hollywood has always wanted to push the envelope when it comes to sex, but the Hays Code, governing morality in media, held them back until the 1950s when cracks began appearing in the dam. The dam finally burst in the 1960s, and since then the world has been flooded with the worldview that there are no moral boundaries. Well, they say that there is just one. All sex is morally acceptable, but there must be one thing that is present: consent. If there isn’t a nod of consent, then the man is deemed a sexual predator.

There is a famous incident in Scripture where a couple was caught in the act of adultery. The man apparently was let off the hook and only the woman was dragged into the public square and accused of sexual misconduct. It seemed that the whole world around her pointed their accusing fingers and called for her blood.

And that’s what this world is doing with what they are calling sexual predators. But none of us is without sin and can cast the first stone.

And that’s why every one of us needs His mercy, which is offered in Jesus Christ alone. Such sobering thoughts have a way of cutting back the finger-pointing. 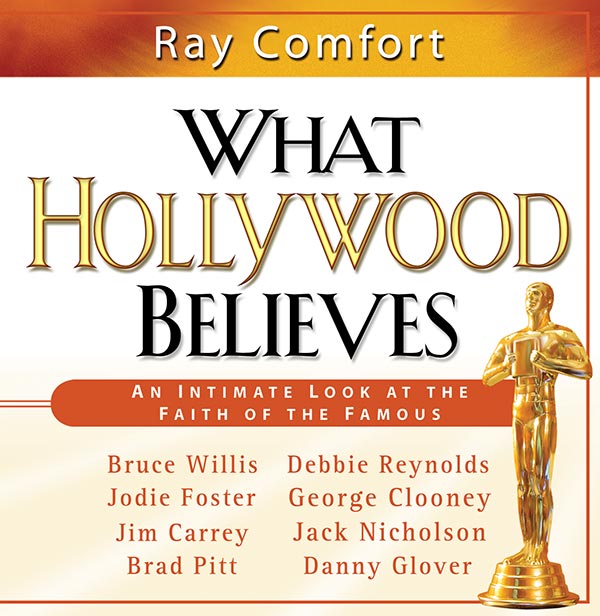 If you have ever wondered what well-known actors in Hollywood have thought about God, then this evangelistic message is for you.

Kobe Bryant’s death has rightfully shocked the world. Mark Spence hits the streets to interview people about Kobe Bryant’s life and death, and then starts talking to them about the afterlife.

God hates pornography, and as followers of Christ we need to resist temptation and be disgusted by it too.

What makes Christianity different from any other religion? Do all religions basically teach the same thing? Are there many paths to God? This insightful article by Ray Comfort answers the most important questions in life.
© 2020 Living Waters Publications. | Permissions | Privacy | Terms of Use
Back To Top
×Close search
Search