Some skeptics say Christianity has caused more wars than anything else in history. They paint a picture of Christians as the most murderous group of people, and somehow this objection is supposed to discredit the claims of Christ and debunk the Bible in one single jab.

In John 16, Jesus tells us that there will be some who will murder in the name of God. He says, “The hour is coming when whoever kills you will think he is offering service to God.” John 16 goes on to say, “They will do these things because they have not known the Father, nor Me.”

These are not true Christians. The Bible explains that hypocrites and deceivers will always be in and around the Christian church until God punishes them on the Day of Judgment. Jesus told His followers to love their enemies. So if a man puts a knife into someone’s back in the name of Christianity, something obviously isn’t right. Let’s not forget that the Bible tells us all murderers, including those who have had murderous thoughts in their hearts, will not make it to Heaven. Following the teachings of the Bible will not lead you to start a war.

In fact, it’s the Bible that teaches us to be at peace with all men. 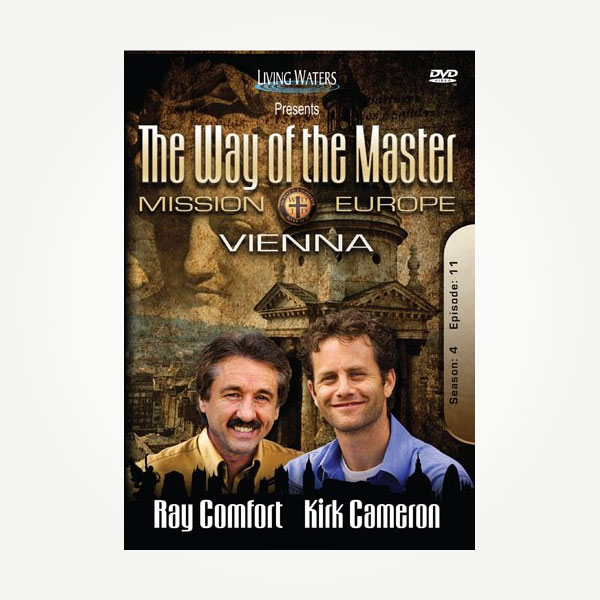 This segment is taken from the “Way of the Master” TV show, Episode: Vienna.

You seem to have Christianity confused with other religions, such as Hinduism, that treat wives as mere property.

The Secrets of Mormonism EXPOSED!

Who are the Mormons? Are they Christian or are they a cult? They say they believe the Bible, but what about the Book of Mormon, the golden tablets, and Heavenly Father and his wives living on their own planet?

Christian Surprises Him with the Real Reason for Racism

Ray Comfort discusses racism and the gospel with two friendly individuals, where he suggests the real reason for the issue of racism.
© 2021 Living Waters Publications. | Permissions | Privacy | Terms of Use
Back To Top
×Close search
Search