The faith of an atheist is hard to shake. Did you know that atheists live by faith? Not faith in God, obviously, but they do live by faith. Whether it’s their belief that consciousness and existence cease after death, or their belief that nothing somehow magically created everything, make no mistake: atheists live by faith. Many atheists cling to their faith in science; they claim that science is the only truth, and that everything must be tested in a scientific manner. But the problem is that science is not always reliable. Did you know that scientists once believed that the world was flat and that bleeding was the best way to rid the body of disease? Sometimes science is wrong. The word science simply means knowledge, and guess what? Man’s knowledge isn’t always correct.

When it comes to the knowledge of God, how would a scientist expect to perform a lab test on the One who measures the universe within the span of His hand? How would you measure the Immeasurable, contain the Uncontainable, or somehow fit your Creator into a test tube? It couldn’t happen. God doesn’t submit to our tests; it’s us who must submit to Him.

Our job as Christians isn’t to convince anyone that God exists. Romans 1:20 says that everyone already knows that He does: “For since the creation of the world His invisible attributes are clearly seen, being understood by the things that are made, even His eternal power and Godhead, so that they are without excuse…”

The atheist with his limited knowledge is quick to preach “there is no evidence for the existence of God.” Because an atheist presupposes that there is no God, no amount of evidence will pull him away from his blind faith in naturalism.

So instead of convincing atheists of that which they already know, God’s existence, our job is to simply point out their foolish thinking and to warn them that they are in terrible danger for breaking God’s moral Law and that unless they repent and trust in Jesus, they will perish on Judgment Day. 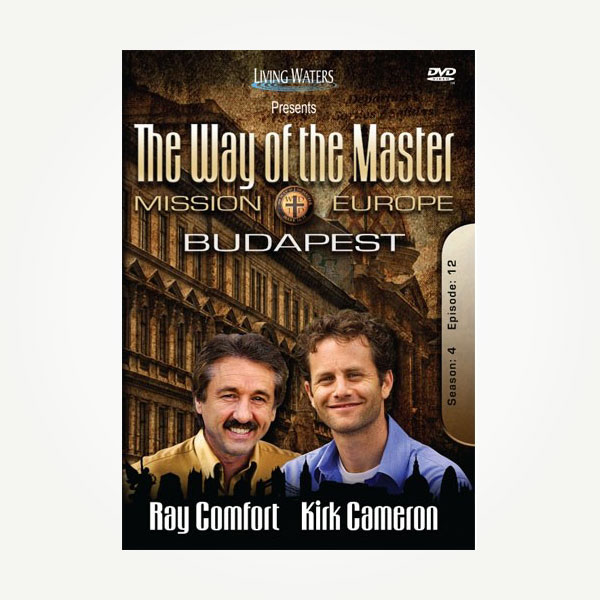 This segment is taken from the “Way of the Master” TV show, Episode: Budapest.

Humor can be very disarming. But how can we disarm strangers for the sake of the gospel?

An Atheist Changes Her Mind in Just Over One Minute

Kylie considers herself to be a reasonable atheist. She knows her Christian family has been praying for her. Ray shares some simple logic with her about God’s existence. She agrees with his logical premise of God existing and then Ray shares the gospel with her.

Ray Comfort talks with two college students and has some fascinating evangelism conversations, including talking about the end of the world!
© 2021 Living Waters Publications. | Permissions | Privacy | Terms of Use
Back To Top
×Close search
Search