The most common objection I hear concerning the Bible is that it can’t be trusted as God’s Word because, well, it was written by man and everyone knows men make mistakes. In actuality, the Bible was written through men, by God.

In speaking of how the Scriptures were written, 2 Peter 1:21 tells us “…holy men of God spoke as they were moved by the Holy Spirit.”

The Bible writers were not inspired like great artists are “inspired” to produce great art. The word translated “inspired” means “God-breathed.” It conveys the idea of God “breathing out” the Scriptures. Man was the instrument used by God to convey His thoughts in the Bible.

The Bible’s authors wrote exactly what God wanted them to write on hundreds of controversial subjects, yet with absolute harmony from beginning to end.

Now think about this: imagine that we interviewed five people of the same nationality, working at the same job, living in the same town, during the same year, and we asked them to speak their mind on just one controversial subject. What are the chances they would all agree?

And yet despite all the differences in the lives of those who penned the Scriptures, the Bible is completely harmonious in its entirety.

The Bible’s remarkable continuity is evidence of its divine origin. This unity is due to the fact that ultimately, it had one Author—God Himself.

The Bible served as a basis for modern scientific pursuits. Modern science was born in the 17th century because of a belief in an unchanging God of order, purpose, and consistency—the God portrayed in the Bible.

It is filled with numerous medical and scientific facts and has been at the forefront of modern day science. When scientists thought the earth was flat, the Bible described the shape of the earth (Isaiah 40:22) and how it is suspended on nothing (Job 26:7). Before oceans were explored, the Bible knew of the existing valleys (Psalm 18:15), fountains, and springs down in the depths (Job 38:16). It even mentions the hydrologic cycle with great clarity (Ecclesiastes 1:6-7).

It is the only “spiritual book” that contains fulfilled prophecy. For example, messianic prophecy foretold that the Messiah would be born of a virgin in Bethlehem, and that He would be rejected by His own people, yet bear their iniquities and save His people from their sin. This ultimately came to fruition at the cross when Jesus triumphantly proclaimed, “It is finished.”

The Bible is God’s living and powerful Word. It can be trusted because it is inerrant, inspired, and infallible. It is the compass God has given us to govern our lives.

And though it has no contradictions, it certainly does have mistakes. The first one was when man rejected God back in the garden. Don’t do the same. 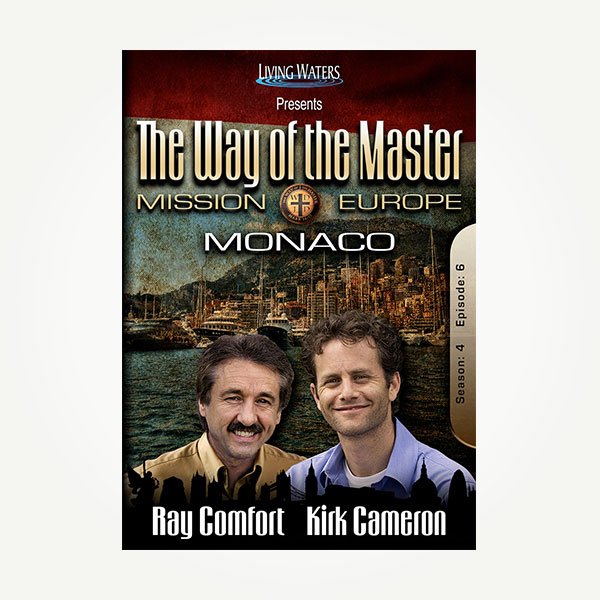 This segment is taken from the “Way of the Master” TV show, Episode: Monaco.

Our Agency in Asia

Did you know we had an agency based in Asia? They can save you a small fortune in shipping and you can connect with them for local outreaches and training.

“Why Do Bad Things Happen to Good People?”

If God is all-loving and good and merciful, why does He let bad things happen to good people? This is a question that has been asked for centuries—and Mark Spence gives us the answer.

Two new fun tracts that will make people come back and ask for more.
© 2020 Living Waters Publications. | Permissions | Privacy | Terms of Use
Back To Top
×Close search
Search