If you have other Christians with you as you publicly proclaim the gospel, have them form an audience and look as though they are listening to your evangelism. This will encourage others to stop and listen. Tell the Christians to never stand with their back to the speaker. I have seen open-air meetings when a fellow laborer is sharing the gospel, and what are the Christians doing? They are talking among themselves. Why then should anyone stop and listen if those in front of the speaker aren’t even attentive? It is so easy to chat with friends when you’ve heard the gospel a million times before. I have found myself doing it, but it is so disheartening for the speaker to speak to the backs of a crowd.

“If you have other Christians with you as you publicly proclaim the gospel, have them form an audience and look as though they are listening to your evangelism.”
Share on twitter Share on facebook

Also, instruct Christians not to argue with hecklers. That will ruin an open-air meeting. I have seen an old lady hit a heckler with her umbrella and turn the crowd from listening to the gospel to watching the fight she has just started. Who can blame them? Remember, the enemy will do everything he can to distract your listeners. Don’t let him.

Give Yourself a Lift

If you are going to testify in the open air, elevate yourself. It will help you gain attention. For eighteen months, I spoke without any elevation and hardly attracted any listeners. As soon as I did it “soapbox” style, people stopped to listen. Their attitude was “What has this guy got to say?” They had an excuse to stop.

Also, elevation will give you protection. I was once almost eaten by an angry 6’6″ gentleman who kept fuming, “God is love!” We were eye to eye…while I was elevated. On another occasion, a very heavy gentleman who had a mean countenance placed it about 6″ from mine and whispered, “Jesus said to love your enemies.” I nodded in agreement. Then he asked in a deep voice, “Who is your enemy?” I shrugged. His voice deepened and spilled forth in a chilling tone, “Lucifer!” I was standing beside my stepladder at the time so he pushed me backwards with his stomach. He kept doing so until I was moved back about 20 feet. I prayed, “Wisdom, Lord,” then said, “You are either going to hit me or hug me.” He hugged me and walked off. That wouldn’t have happened if I had been elevated.

Elevation will also give you added authority. Often hecklers will walk right up to you and ask questions quietly. This is an attempt to stifle the gospel, and it will work if you are not higher than your heckler. If they come too close to me, I talk over their heads and tell them to go back to the heckler’s gallery. They actually obey me because they get the impression I am bigger than they are.

When Ezra preached the Law, he was elevated (Nehemiah 8:4,5). John Wesley used elevation to preach. Jesus preached the greatest sermon ever on a mount (Matthew 5–7), and Paul went up Mars’ Hill to preach (Acts 17:22). So, if you can’t find a hilltop to speak from, use a soapbox or a stepladder.

How to Draw a Crowd

One of the most difficult things to do is draw a crowd to hear the gospel. Today’s society has been programmed to want immediate action, and evangelism isn’t too attractive to guilty sinners. Therefore, we have to be as wise as serpents and as gentle as doves. A serpent gets its heart’s desire subtly. Our desire is for sinners to gather under the sound of the gospel.

Ask people passing by what they think is the greatest killer of drivers in the US. This stirs their curiosity. Some begin calling out “Alcohol!” or “Falling asleep at the wheel!” Tell them it’s not and repeat the question a few more times, saying that you will give a dollar to the person who gets the answer. Tell them that they will never guess what it is that kills more drivers than anything else in America. A few more shouts emit from the crowd. People are now waiting around for the answer. What is it that kills more drivers than anything else in the United States? What is it that could be the death of you and me? You won’t believe this, but it is “trees.” Millions of them line our highways, waiting for a driver to kill. When one is struck, the tree stays still, sending the driver into eternity.

Then tell the crowd that you have another question for them. Ask what they think is the most common food on which people choke to death in US restaurants. Over the next few minutes, go through the same scenario. People call out “Steak!” “Chicken bones!” Believe it or not, the answer is “hard-boiled egg yolk.”

By now you have a crowd that is enjoying what is going on. Ask them what they think is the most dangerous job in America. Someone calls out “cop.” It’s not. Someone else may name another dangerous profession like “firefighter.” Say, “Good one…but wrong.” Give a suggestion by saying, “Why doesn’t someone say ‘electrician’?” Someone takes the suggestion and says, “Electrician!” Say, “Sorry, it’s not electrician.” The most dangerous job in the United States…is to be the president. Out of forty or so, four have been murdered while on the job.

Then tell the crowd you have another question. “Does anyone in the crowd consider himself to be a good person?” By now you will have noted who in the crowd has the self-confidence to speak out. Point to one or two and ask, “Sir, do you consider yourself to be a good person?” The Bible tells us that “most men will proclaim each his own goodness” (Proverbs 20:6), and he does. He smiles and says, “Yes, I do consider myself to be a good person.” Ask him if he has ever told a lie. Has he stolen, lusted, blasphemed, etc.? That’s when all Heaven breaks loose. Sinners hear the gospel, and there is conviction of sin. “Godly sorrow produces repentance leading to salvation” (2 Corinthians 7:10), and the angels rejoice! 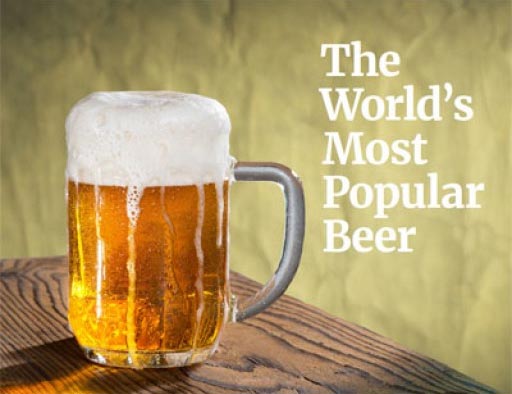 This open-air tool is packed with crowd-gathering questions like “What is the world’s most popular beer? Candy bar? Cookie? Toy? Then allows you to springboard into the gospel based on the last answer being “The Bible”.

In Old Testament times, people built altars as a memorial to teach succeeding generations about God and His character. Gathering for a family “altar” or a devotional time is a good way to teach your children about God and His ways.

Even though thousands of Jewish people embraced Jesus in the early days of the Christian church, today millions reject the Messiah. We should have a zeal to reach those Jews who have not yet received the gift of everlasting life.

Mitt Romney recently tweeted that Robert Jeffress is a religious bigot and should not be able to give the opening prayer for the United States Embassy in Jerusalem. But Ray Comfort had something else to say to Mitt Romney…
© 2020 Living Waters Publications. | Permissions | Privacy | Terms of Use
Back To Top
×Close search
Search