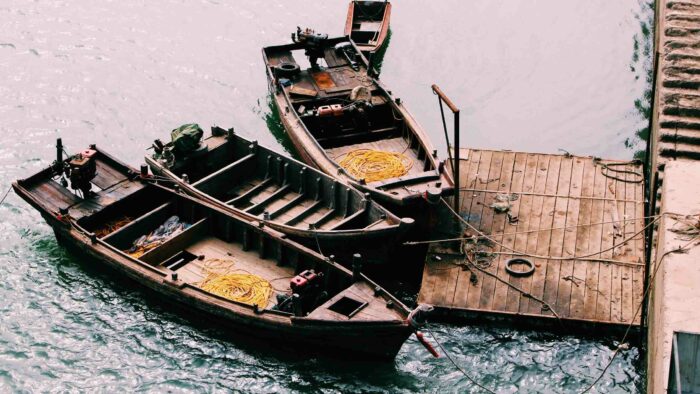 Emeal (“E.Z.”) Zwayne uses the analogy of two drunk men in a rowboat to explain how repentance is necessary for anyone to move out of darkness into light.

This is a transcript of an open-air outreach.

Folks, we thank you so much for giving us your attention this morning. My friend and I have been doing this now on a daily basis for almost two and a half years, and really words can’t even begin to express how much we appreciate your patience with us. Over the course of the last couple of years we’ve occasionally had someone yell something out from the crowd while we’re speaking. And perhaps the most popular comment we’ve heard is, “Get a job!” I’m sure that’s crossed some of your minds this morning. I want to assure you we have jobs. The gentleman who just spoke to you is a best-selling author who has written over 40 books. He hosts an international television program with the Hollywood celebrity Kirk Cameron, from the “Growing Pains” sitcom and the Left Behind movies. It airs in over 70 countries around the world with millions of viewers. And both he and I are executive officers of a multi-million dollar corporation. And to be honest with you, we’d much rather be hiding out in our nice comfortable offices this morning but as my friend said, “We’re here because we care.” Because we know that there’s a real place called Hell, and if any of you standing in this line die without having received the forgiveness that God has provided through His Son, friends, you’ll spend an eternity there and we don’t want that for you.

Now I know that there’s a lot that’s going through your minds this morning. I know some of you are saying, “You know what, I’ve tried this Christianity thing. I’ve tried this spiritual journey thing and it’s never gotten me anywhere.” There’s a reason for that. There’s an interesting story about these two men who lived on an island off the South Pacific and every weekend they were accustomed to going island hopping. They’d hear about these big parties and so they’d take their little boat and go from island to island and party all night long.

Well, one day they hear about this real big rager that was going on, on a nearby island, and so they got ready—they got dressed up and loaded all their kegs and booze on their little boat. They hopped in and they rowed to the island (it took them about an hour). They got out of their boat. They tied the boat to the dock. They went on the island. They partied all night long.

And friends, that’s what it’s like. We’re trying to make our spiritual journey. We’re trying to get somewhere for God, but we look and we’re in the same place. We’re expending energy. We’re moving. We’re doing all this stuff, but we’re in the same place. Those guys could have rowed until the oars rotted in the water, until their arms fell off. But until they untied that boat from the dock, they weren’t going to get anywhere.

And friends, as long as you haven’t repented of your sins, and your heart is still tied to your sin that you so love, no matter how much energy you expend spiritually, how much you go to church, or pray or read your Bible or try to do good things, until you repent you’ll never move out of darkness into light. You’ll never receive forgiveness of sin and you’ll never have a relationship with God, and you’ll never see eternal life in Heaven.

I want to urge you this morning to acknowledge that God is extending love and mercy and grace toward you. That’s the message of hope we’re sharing. We shared the bad news with you—that you’re guilty, you’ve broken God’s Law, you’re deserving of His judgment. But we want to leave you with the “Good News.” The Bible says, “For God so loved the world that He gave His only begotten Son that whoever believes in Him should not perish, but have everlasting life.”1 We want to urge you today to acknowledge that you’ve sinned against God, and that Christ died on the cross for your sins, and rose again on the third day. And if you repent, God will grant you everlasting life and forgive you of every sin you’ve ever committed.

So please consider that today, and folks, realize that what you’re hearing today is by no accident. God is trying to get your attention. He’s granting you another offer of mercy and grace. We thank you so much. We so respect your attention. We know you didn’t have to so much as look our way. As we come along with one of these CDs, if you’d like one, please feel free to take one—it’s free of charge. It’s called “What Hollywood Believes” and it talks about the intimate beliefs of Hollywood celebrities. So thank you so much, and God bless you.

Painting with Light
This innovative and interactive street painting was done near the Mission Inn in Riverside, CA. As you’ll see, it was a wonderful and captivating way to share the gospel.
Christianity is for Losers
Being a modern-day open-air preacher in the United States carries a lot of unwanted baggage.
The Gospel Didn’t Make Sense Until He Heard THIS
A masked man at Huntington Beach suddenly understands the gospel when Ray presents it biblically.
© 2022 Living Waters Publications. | Permissions | Privacy | Terms of Use
Back To Top
Search