Clean Air and a Clean Heart

We all need air to breathe, and it’s best to have it clean. How could we not want that? Surely, every Christian should have their foot on the accelerator when it comes to stopping the burning of filthy fossil fuels. But our brakes are on, because there’s a problem.

Before we look at the problem, I was interested to see that alumni of England’s Oxford University (once attended by Tony Blair) were threatening to hold onto donations unless the college sold its shares in fossil fuel companies such as BP and Shell.

Current students felt so strongly about the issue of global warming that they staged a five-day protest. The Times of London reported that these students wrote to a professor, requesting a meeting to demand that the college pull out of all of their fossil fuel investments. The professor responded with an interesting offer:

“I am not able to arrange any divestment at short notice,” he wrote. “But I can arrange for the gas central heating in college to be switched off with immediate effect. Please let me know if you support this proposal.”

One of the students replied that he didn’t think the professor was being appropriately serious. Professor Parker responded to him saying, “You are right that I am being provocative but I am provoking some clear thinking, I hope. It is all too easy to request others to do things that carry no personal cost to yourself. The question is whether you and others are prepared to make personal sacrifices to achieve the goals of environmental improvement (which I support as a goal).”

Fergus Green, the main organizer of the protest, responded by saying:

“This is an inappropriate and flippant response… to what we were hoping would be a mature discussion. It’s January and it would be borderline dangerous to switch off the central heating.”

Here now is that problem. God put human beings in charge of His earth. His earth. It’s not ours. Not a grain of sand nor a breath of air. It’s all His—the earth and all its fullness (Psalm 24:1). And He’s far more concerned about moral pollution than He is about air or water pollution.

So for me as a Christians I think we should do all we can to fight pollution. But—even though I want clean air and clean water—to watch this world continue to kill babies in the womb and promote issues that are an abomination to God, while protesting pollution, is contemptuous. It’s to strain at the gnat and swallow a herd of two-humped camels.

Hear Ray speak more about this topic, as well as Ken Ham, Emeal (“E.Z.”) Zwayne, and many others, at the Climate Change conference at the Ark Encounter in Williamstown, Kentucky on April 8-11, 2020. 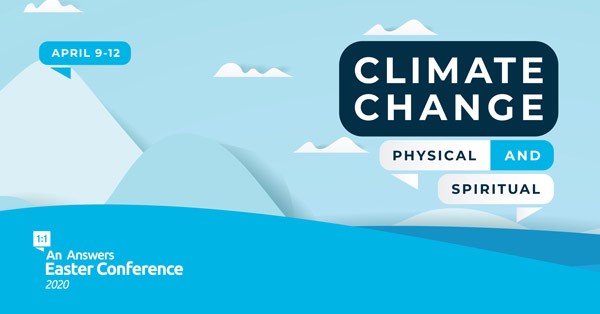 Trevor Sheatz, Living Waters’ YouTube channel manager, preaches the gospel open-air and gets a woman upset by confronting her sins.

“I Don’t Care What Happens to Me After I Die”

Learn a simple analogy that will help you put eternity into perspective.

The Problem of Sexual Harassment

There’s only one key difference between imprisoned perverts and adult videographers: adult videographers have the women’s permission to be exposed.
© 2021 Living Waters Publications. | Permissions | Privacy | Terms of Use
Back To Top
×Close search
Search